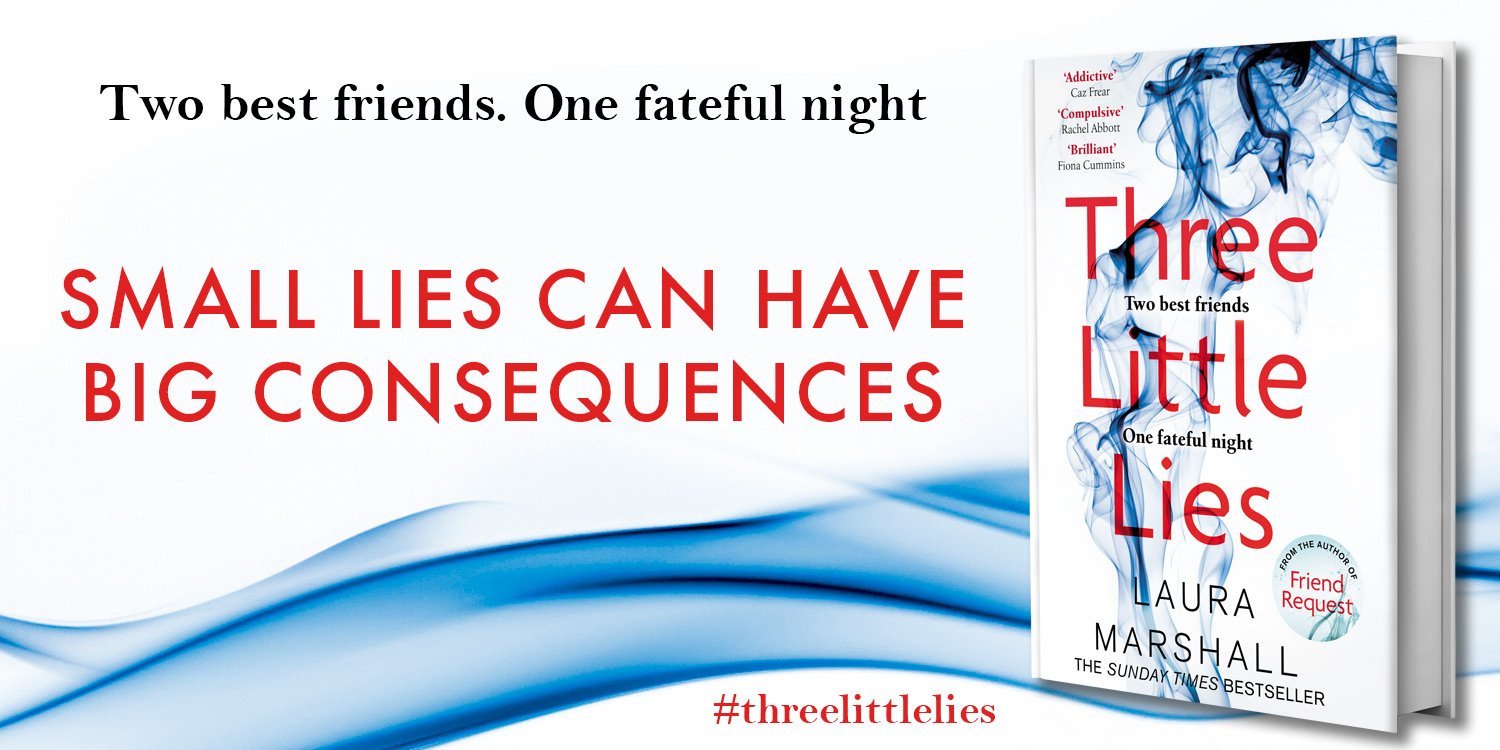 ‘A name to watch in the world of twisty, gripping thrillers . . . It rings as true as tomorrow’s headlines’ - Daily Mail

‘An uncomfortably tense thriller, combined with a well-observed coming-of-age tale - what’s not to like!’ - Caz Frear, bestselling author of Sweet Little Lies

‘If you loved Friend Request, you’ll devour Three Little Lies. You won’t know who to believe and you won’t be able to put it down until you get to the (shocking) truth. Great stuff!’ - CJ Tudor, bestselling author of The Chalk Man

There’s no such thing as a little lie ...

When Sasha North comes into Ellen’s life, Ellen falls under her spell. As Ellen is welcomed into Sasha’s family, she doesn’t see the darkness that lies beneath their bohemian lifestyle. Not until a brutal attack changes all their lives forever.

Ten years later, Ellen and Sasha share a flat in London, still bound together by that night. When Sasha disappears, Ellen fears the worst. The police won’t take her seriously, but the events of the past give Ellen good reason to be frightened.

What really happened that night? Who is telling the whole truth? These are the questions Ellen must confront when searching for her friend. But someone knows Ellen is looking. And they don’t want the answers coming out . . .

My little boy. He looks so alone up there. It’s the first time he’s worn a suit since he left school, which God knows feels like five minutes ago, although it’s over two years. It seems only yesterday that I was sending him off to school for the very first time, his hands lost in the sleeves of a jumper I’d bought with growing room. I can see that boy in his face, which is the same to me as it’s always been. Yes, of course he’s changed, but the new faces have just been layered on top of his original face, the one that only I can see now – smooth skinned and perfect, a sprinkling of freckles across his nose, his expression completely open.

It’s closed now though, seemingly emotionless, although I’m not fooled. I’m the only one that can feel the tremors running through him, because they run through me too. Flesh of my flesh. Until a baby is around six or seven months old, it has no idea that it’s a separate person to its mother. Up until then, it thinks they are one person, which is why separation anxiety kicks in around this time. Eventually, the baby gets it, but for the mother it never goes away. You and your child are, always and forever, one. You feel every cut, every mean remark, every heartbreak.

‘Court rise.’ There’s a bang on the door signalling the judge’s imminent arrival, startling Daniel who looks instinctively up at me for guidance. I try to smile but my lips won’t press themselves into the right shape. His eyes sweep the public gallery hopefully, even though he knows Tony won’t be here; can’t face it. I can’t face it either, but I’m here anyway. It’s merely the latest in a lifetime of things I couldn’t face but still did – getting up five times a night to feed him or soothe his crying, spending endless Sunday mornings watching him playing rugby in the freezing rain, driving him all over the country to play piano concerts, sitting beside him all night the first time he got drunk, too petrified to sleep in case he choked on his own vomit. Everything I’ve done has been to protect him, to make things better. This is what we do, we mothers. I need to keep reminding myself of that, whatever happens, whatever I’ve done. It was never about me. It was for Daniel.

The judge sweeps in, a caricature from a bad film, all frayed wig and florid cheeks, the jury watching him expectantly. They are nervous, over-awed; it’s probably the first time most of them have been in a courtroom, let alone been a crucial part of the process. Some of them let their eyes flicker to Daniel, but they don’t linger on him long. What is it that makes them look away? Disgust? Fear? How much do they already know about him, about what he is accused of?

I lean forward, resting my arms on the rail. I will be here every day until this is over. I can only let myself see a positive outcome, where he is exonerated - the witnesses discredited, the … victim admitting she lied. We will take a taxi home and I will put him to bed and he will sleep, and his body and mind can begin to restore themselves.

I can’t countenance the alternative. I shudder at the idea. For me, as for most people, prison has always been an abstract concept; at most, I have driven past them, imagined the prisoners inside, but as a race apart. They are criminals, not ordinary people. Completely alien to me and my way of life, something I will never come across or have to think about. Well, not any more. When you have other mothers as friends, the conversations move on over the years. First it was all sleepless nights and nappies, first words and potty training; then schools, friendships dramas, puberty, GCSE choices. Most recently, it was drugs, sex and alcohol. I thought they would be the last problems we would have to deal with before I forged a new relationship with my sons, an adult one. I imagined them taking me out for lunch, consulting me for advice on home improvements; hugging me again, like they did when they were little, but this time it would be them making me feel safe instead of the other way around. I never in a million years imagined I would be here, in an unknown landscape where none of my friends can, or would want to follow me. I would swap places with any of them in a heartbeat.

The judge sits down, and so does everybody else apart from the prosecution barrister who turns to the jury to make his opening statement. And so it begins: my little boy’s rape trial.